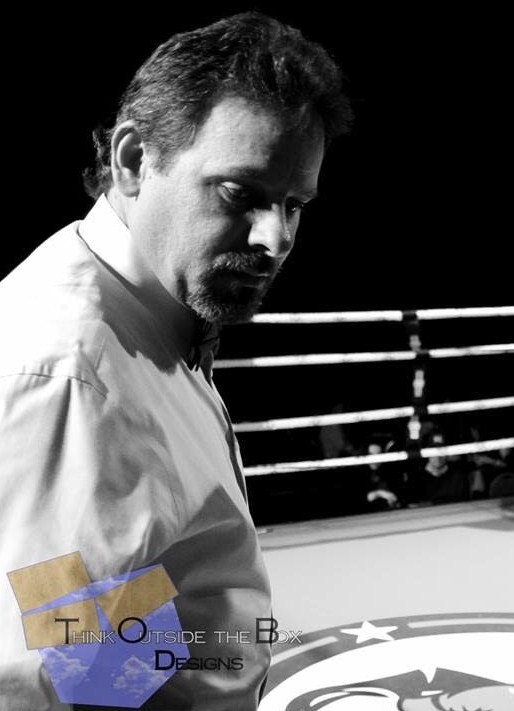 We are now less than a month away from the opening bell. With the March 1st release date of “12 Rounds in Lo’s Gym: Boxing and Manhood in Appalachia” just around the corner, I have invited a few key characters to the blog so that you can become familiar with their stories before reading the book. Today’s guest was not only important to my career as an amateur boxer but also the formation of Lo’s Gym Boxing Club. Simply put, there would never have been a Lo’s Gym if not for this man.

When we first met, I was a 17-year-old High School student with dreams of following in my father’s pugilistic footsteps. There were no boxing gyms in my hometown so my father would pick me up after school on Friday evenings and we would set out on bi-weekly boxing pilgrimages to Clarksburg, West Virginia. We’d do this sort of thing 2 or 3 times a month. Make no mistake about it, Mike “Lo” Snyder was my boxing idol but today’s guest was my first chief second, my first boxing trainer. If you have ever been to a West Virginia Toughman contest, you’ve likely seen him in action. He is a Marine, a former Toughman Champion, a veteran boxing trainer to both amateurs and professionals, perhaps the most respected professional referee in the state of West Virginia. Today’s guest was a very special person in my life. Please welcome to the “Lo’s Gym Blog,” professional referee and boxing trainer, Tim Wheeler.

Back when you were my trainer, did you foresee my career as a college professor/author? I don’t recall you ever telling me that I punched like a poet.

TW: I wasn’t sure what you would end up being but I knew you had potential to go far. For one, you were an intelligent and motivated young man. But, what really stuck out was your support system from your father. Not many fathers would drive their sons 2 ½ hours to a boxing gym after work so that they could train. As for you punching like a poet, I recall Muhammad Ali was pretty poetic and I wouldn’t want to take a punch from either of you guys.

Tell us how you made the transition from a West Virginia Toughman Champion to highly sought after and respected professional referee. I don’t even know the answer to this one.

TW: When I came back from the Marine Corps there were no boxing gyms around anymore. So when I trained for the Toughman I set one up. All the kids from the area came to watch me train and wanted to learn from me. So I started teaching them. When we went to compete they were short on officials so I started helping out. Before long I was refereeing professionally.

As a referee, you’ve been in there with an unbelievable list of world-class boxers. Tell us about some of greats that you’ve refereed.

TW: I have been blessed to have reffed some of the best in boxing. Former World Champions. Current World Champions. Future World Champions. The one that sticks out is Paul Spadafora. I reffed him early in his career when he was an unknown. Also, as he climbed the ladder and became a champion. It was really great watching the progression of his career from a neutral standpoint.

Take us back to the best professional fight that you’ve ever refereed. Does one particular bout come to mind?

TW: Victoriano Sosa and Lamar Murphy. It was November, 9th 2002. The fight was on a Pay-Per-View undercard and ended up in a draw. They stood toe-to-toe in the center of the ring for 10 rounds. Clean. Exciting. Hell of a fight. Great sportsmanship from both fighters. It is my favorite out of all the fights I have reffed.

A few months ago, I was at a sports bar in Albany, New York. I looked up on the big screen and there you were, working the corner of Mike Snider’s (the other Mike Snyder from West Virginia) pro bout on television. That was a surreal moment for me. It seems like you and Mike have a good thing going. Tell us about your experience working with Snider.

TW: Mike is a great guy. He has the talent and power to beat anyone. He has a heart of gold and would give a total stranger the shirt off his back. I am proud of him as a fighter and for the man he is.

I hear Mike recently scored a victory on a fight card promoted by Floyd Mayweather’s Money Team. Tells us about fighting under the bright lights of Las Vegas.

TW: Yes he did. Mike knocked out Lanell Bellows. Bellows is signed with the Money Team and was 16-1 going into the fight and had a high ranking. We only had three weeks to prepare. We saw a flaw in Bellows style and worked for three weeks on capitalizing on it. We just missed in rounds 1 and 2 but in the 3rd we caught him in an exchange and put him to sleep. It was a great night!

Mike Snider isn’t the only fighter you train these days. Tell me about your work with lightweight professional Dakota Linger. He recently scored a big win Clarksburg, West Virginia.

TW: Koty is such a great young man. He is polite and good natured. Everyone that meets him is totally shocked when they see him fight. He has everything a fighter needs. He has a extremely high motor and is super competitive. He has the heart of a lion. Those things can’t be taught. It’s up to me to teach him the rest.

How high of a ceiling to you see for Koty as a professional?

TW: He had a limited amateur background but has made tremendous strides as a pro. He has the potential to go to the top!!! I truly believe that. He could go further than any other West Virginia fighter has.

Thanks for your time, Tim. It was great catching up.

TW: Yes, sir. I am very proud of you and what you have done with your life.