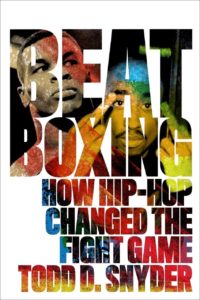 Daryl McDonald, of the iconic rap group Run-D.M.C, once argued that Muhammad Ali’s “Float like a butterfly, sting like a bee,” was hip-hop’s most famous lyric. Ali’s poetic brilliance, nurtured by corner man and street poet Drew “Bundini” Brown, provided the rhetorical formula that served as the templet for how Hip Hop artists performed their identities in rap music a few decades later. While Muhammad Ali’s lasting impact on hip-hop culture is undeniable, historians have yet to consider the converse effect. Until Now.

In Beatboxing: How Hip Hop Changed the Fight Game, author Todd Snyder explores the symbiotic relationship between Hip Hop culture and professional boxing. An in-depth history of Hip Hop culture’s impact on the fight game, Beat Boxing tells the story this grassroots cultural movement, from its origins of the South Bronx, to its explosion as an international phenomenon. From the impact of cultural icons such as Mike Tyson and Tupac Shakur, to Roy Jones Jr.’s role in shaping the so-called Hip Hop ring walk, Snyder digs deep into the iconic lyrics, personalities, and fights that influenced both subcultures.

Step into a world of rap moguls turned fight promoters, boxers turned rappers, and rappers turned boxers. Explore the history of an entangled cultural bond that fundamentally altered the dynamics between popular music, race, sports, and national politics. In BeatBoxing,Snyder invites readers to reassess how the sport of boxing is shaped by the voice of Hip Hop and, conversely, how the sport of boxing continues to inspire Hip Hop artists in the U.S. and abroad. Featuring an all-star lineup of behind-the-scenes interviews from legendary champions and hip-hop icons, BeatBoxing serves as the definitive volume of stories on this enduring cultural bond.

12 Rounds in Lo’s Gym: Boxing and Manhood in Appalachia

Questions of class and gender in Appalachia have, in the wake of the 2016 presidential election and the runaway success of Hillbilly Elegy, moved to the forefront of national conversations about politics and culture. From Todd Snyder, a first generation college student turned college professor, comes a passionate commentary on these themes in a family memoir set in West Virginia coal country.

12 Rounds in Lo’s Gym is the story of the author’s father, Mike “Lo” Snyder, a fifth-generation West Virginia coal miner who opened a series of makeshift boxing gyms with the goal of providing local at-risk youth with the opportunities that eluded his adolescence. It offers a rich portrait of boxing in Appalachia and several strands of local culture tangled up with it: work, church, masculinity, and family life. Lo’s Gym is boxing at its lowest level: toughman competitions, amateur fight cards, fighters who will never make it to television. Taking these hardscrabble stories as his starting point, Snyder interweaves a history of the region, offering a smart analysis of the costs — both financial and cultural — of an economy built around extractive industries.

Part love letter to Appalachia, part rigorous social critique, readers may find 12 Rounds in Lo’s Gym — and its narrative of individual and community strength in the face globalism’s headwinds–a welcome corrective to popular narratives that blame those in the region for their troubles.

“Unforgettable scenes and characters. A resonant account of work, church, masculinity, family, and more.” — Carlo Rotella, author of October Cities, Playing in Time, and Cut Time: An Education at the Fights

12 Rounds in Lo’s Gym is as much about brawling in a boxing ring as boxing. It’s about gym fights, toughman contests, and amateur bouts with a few low-level professional encounters thrown in. And it’s a reminder of what boxing can do to lift up young men and women who have gone through life without much hope or self-esteem and have little else to celebrate in their lives. Snyder is a good writer. He crafts well-drawn portraits and moving vignettes about the dozens of young men and the occasional woman who filtered in and out of Lo’s gym and became, however briefly, boxers.” — Thomas Hauser, author of Muhammad Ali: His Life and Times.

“An affecting testimonial to the power of action and of storytelling – to say nothing of a good right hook – to make real change.“ — Kirkus Reviews

The Rhetoric of Appalachian Identity

In this work the various ways that social, economic, and cultural factors influence the identities and educational aspirations of rural working-class Appalachian learners are explored. The objectives are to highlight the cultural obstacles that impact the intellectual development of such students and to address how these cultural roadblocks make transitioning into college difficult. Throughout the book, the author draws upon his personal experiences as a first-generation college student from a small coalmining town in rural West Virginia. Both scholarly and personal, the book blends critical theory, ethnographic research, and personal narrative to demonstrate how family work histories and community expectations both shape and limit the academic goals of potential Appalachian college students.

“Snyder’s voice is so particularly special because he truly has risen through the ranks and has a more legitimate voice than many writing about Appalachia. The Rhetoric of Appalachian Identity will make a special contribution to the discussion of Appalachian students.” – Katherine Sohn, author of Whistlin’ and Crowin’ Women of Appalachia.

“In the tradition of Keith Gilyard’s Voices of the Self and Victor Villanueva’s Bootstraps, The Rhetoric of Appalachian Identity blends the personal and the academic with a poignancy specific to its Appalachian context.” – Kim Donehower, author of Rural Literacies, Reclaiming the Rural, and Rereading Appalachia.

“Snyder’s book should attract multiple audiences. Appalachian Studies scholars will want to skim the familiar Appalachian back-story but may linger over the first-person accounts and critical and rhetorical theory. Rhetoric and composition scholars, valuing critical pedagogy and ethnographic research, may use the book in graduate classes or to inform their own research” – Appalachian Journal. 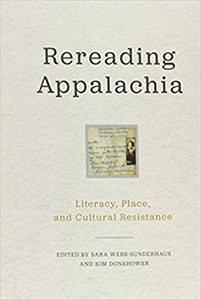 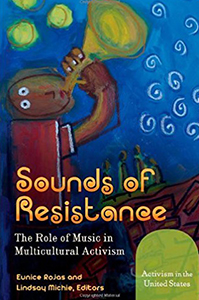 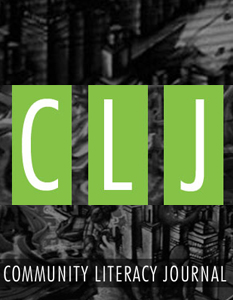