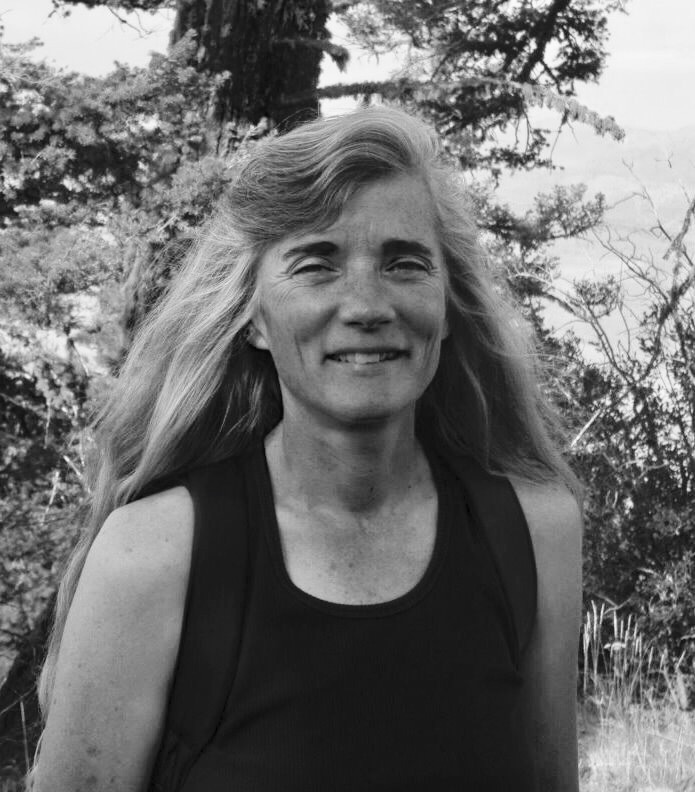 My upcoming book, “12 Rounds in Lo’s Gym: Boxing and Manhood in Appalachia,” is as much about Appalachian culture as it is the sport of boxing. From my first journal article, to my graduate school dissertation (“The Hillbilly Speaks of Rhetoric”), to my more recent publications, Appalachia continues to serve as my creative muse. I just can’t stop writing about her. I am an Appalachian writer, a West Virginia boy. Appalachian culture informs my worldview and inspires my scholarly work. Today we are taking a break from the boxing talk and focusing on the subject of Appalachia. And, I have the perfect guest to do just that.

Originally from Romney, West Virginia, she is one of the most celebrated and accomplished authors in the history of my home state. Her first novel, Strange As This Weather Has Been, won the 2007 Weatherford Prize, was a finalist for the 2008 Washington State Book Award for fiction, and a finalist for the 2008 Orion Book Award. My favorite Appalachian short story writer, her work has been published in prestigious literary magazines such as The Virginia Quarterly, Massachusetts Review, Mid-American Review, and Harvard Review. Her most recent book, “Me and My Daddy Listen to Bob Marley,” published by Counterpoint Press in 2016, was the winner the Brenda Ueland Fiction Prize. Simply put, her awards and accolades are too many to name. Please welcome to the “Lo’s Gym Blog,” one of my personal literary heroes – the one and only Ann Pancake.

You and I share similar opinion of Appalachia’s most talked about book of 2016/2017 but let’s start on a positive note. I’d like you to recommend a book by an Appalachian writer that you think “gets it right.”

AP: I think many Appalachian writers “get it right”; those who get it wrong are usually writers writing about Appalachia as opposed to writers who write from within Appalachia. But one very recent book by a West Virginia writer who gets it right is the collection of essays The Long Weeping by Jessie Van Eerden.

The recent presidential election, and the runaway popularity of “Hillbilly Elegy,” have sparked new conversations about Appalachian people. I worry that many of these conversations are misguided and will do little to create actual change within the region. Do you agree?

AP: I think what has startled me most about the popularity of Hillbilly Elegy and what is most disconcerting about it is how the Left seemed to buy Vance’s story hook, line, and sinker. I live in Seattle, which prides itself on being progressive. My local bookstore was featuring Hillbilly Elegy in a display with Ta Nehisi Coates’ Between the World and Me and a book by Sherman Alexie–in other words, this bookstore assumed that Vance was an authority on Appalachia the way Coates is on African Americans and Alexie is on Native Americans. (I’ll set aside for nowe the way this display seemed to suggest “Appalachian” is a racial identity.) This is just one instance of the way liberal educated Americans were willing to accept as the “truth” about Appalachia a memoir by a man who by his own admission has not studied research on Appalachia, and who is an ambitious Republican businessman and politician. I travel a lot in the U.S. I can’t tell you how many academics have asked me what I think about Hillbilly Elegy and more than a few of them tried to argue with me when I told them Vance doesn’t “get it right.”

Why is Hillbilly Elegy popular with liberals? Yes, they flock to it as an answer for the Trump election, and it’s also appealing because it tells the same old story about Appalachia. It confirms what the American reader was already socially constructed to believe, so it’s comforting and the reader doesn’t have to think. But also, possibly because it makes them feel less guilty about the fate of Appalachia. Appalachians are responsible for their own poverty and its cascade of social ills, says Vance. This myth is older than the hills, forgive the pun. In reality, Appalachia has been savaged to feed the appetites of all Americans, for energy and chemicals and other material goods. People, liberal or conservative, don’t like to look at their complicity or how they have benefited while Appalachians have suffered and continue to. Easier to blame Appalachians for their own misery. So, as you imply, this book only does harm to our region. But Appalachia is a great exposer, in my opinion, and in this case, it exposes the way educated liberals are no less susceptible to unreliable sources of information than anyone else in this country.

My goal for writing this book was to shed light on what life is like for young men from my neck of the woods. I wanted to complicate stereotypes regarding Appalachian masculinity. What do you think is the most common misconception about Appalachia and Appalachian people?

AP: You know, I think I’ll give a simple answer after that lecture I just delivered, but it’s no less true for being simple: they think we’re dumb.

AP: Thank you, Todd. That is a big compliment. One basic rule of thumb is convey the dialect with syntax and diction instead strange spellings that try to imitate pronunciation and dropped letters and sprinkled apostrophes and all that stuff. Another is to use dialect not just in dialogue, but also in narrative. Another: less is more. Recognize that there are many, many Appalachian dialects. Recognize that a writer’s use of dialect is always a stylization of that dialect, not an exact replication, and that is how it should be, a stylization. (If you look at how anthropologists devise systems to represent “exact” dialect, you’ll see what I mean. Remember that Appalachian English(es) is one of the most fertile, fascinating, inventive, and musical Englishes that exists and turn yourself loose.

I am not too cool to admit that you are one of my literary heroes. Who does Ann Pancake admire as a writer?

AP: I admire very much West Virginian writers who shaped me and inspired me as I was developing my own voice and who still do shape and inspire me: Breece Pancake; Jayne Anne Phillips; Irene McKinney; Denise Giardina. I admire the contemporary novelist Jesmyn Ward and her fellow Mississippian William Faulkner. Jean Rhys and Marguerite Duras were big influences on me, as were Harriet Arnow and James Still from Kentucky. More recent discoveries who blow me away include Donald Harington and Jamie O’Neill. Really, I could name hundreds of writers.

And finally, what are you working on these days? I’d love to hear about an upcoming project.

AP: I’m working on a very unwieldy nonfiction project that threads together my family’s connection to land in West Virginia; how the addiction and mental illness in my family have harmed that land; how I see my family as a kind of microcosm of Appalachia and how I see what has happened in and to Appalachia as a portent for the rest of the U.S.; and how we, meaning we Western industrialized people, might develop relationships with the natural world that transcend conventional Western epistemology and sustain both us and the land.

Best of luck going forward. Can’t wait to read it.

AP: Thank you. I hope we meet in person some day before long.

To preorder “12 Rounds in Lo’s Gym: Boxing and Manhood in Appalachia,” click HERE