Long before I was a first-generation college student or Professor of Rhetoric and Composition, I was the son of a full-time West Virginia coal miner and part-time boxing coach, Mike “Lo” Snyder. For a short period of time, my father was one of the most respected boxing trainers in the state. For just over 40 years, he was a coal miner. I write about both sides of my father’s masculine ethos in my upcoming memoir “12 Rounds in Lo’s Gym: Boxing and Manhood in Appalachia.” It was in my hometown of Cowen, West Virginia that my perspectives on Appalachian life were shaped the beauty and brutality of life in coal country – experiences that continue to inform my research and writing on Appalachian culture. I’m the only Appalachian-boxing-rhetoric-professor at my current place of work (Siena College in Albany, New York), so when an Appalachian-boxing-rhetoric story makes national headlines my inbox quickly fills with e-mail inquires. Colleagues love to get my take on such matters. And, I’m always happy to offer my opinion. Here we go.

In a recent article titled “A Puncher’s Chance: Amateur Fight Event Offers a Desperate Swing at Glory,”(published on Jan. 16th by The Guardian), Adam Gabbatt provides a window into West Virginia’s boxing underworld, home sweet home for my father and me. His expose focuses on the popular Rough N’ Rowdy boxing tournaments found throughout the state. Gabbatt correctly outlines the how such contests differ from amateur and professional boxing, where combatants enter the ring with a higher level of skill and training. He is correct in suggesting the inexperience of the combatants often gives way to aggressive brawling, leading to very few Floyd Mayweather style defensive chess matches. Gabbatt should also be commended for being suspicious of Barstool Sports’ recent investment in Rough N’ Rowdy. The controversial (and often satirical) website, clearly aims to live stream these events under the guise of Hillbilly Boxing. However, as is typically the case when my inbox gets flooded with Appalachian-boxing-rhetoric stories, I worry that Gabbatt has achieved nothing beyond reinforcing the stereotypes folks outside the region already have about West Virginians. Feeling sorry for my people is great but it doesn’t do much to help them. Gabbatt paints a familiar picture.

The underlying rhetorical argument in Gabbatt’s Guardian piece is that West Virginia’s recent economic woes have reared ugly and even strange socio-cultural results. Via well-crafted rhetorical images and handpicked quotes from the working-class combatants, Gabbatt is able to tie economic hopelessness, brought about by the recent decline of the coal industry, to the fighting ambitions of Rough N’ Rowdy contestants. He gives us images of a poor old fellow named Ronnie Barrett, skinny and malnourished, hitting a heavy bag hung on his front porch, trash piled up in the corner. We see an image of George White shadowboxing in front of his trainer, a trashcan, rickety wooden stairs, and a rouge cinderblock tucked away in the background. These poor guys, poor old West Virginia, everyone tells me. Things must be getting bad these days.

Gabbatt’s piece completely ignores the fact that Rough N’ Rowdy contests are merely a spin-off version of the long standing Toughman Contest tradition that has been around since 1979. The event was the brainchild of boxing promoter Art Dore, a man that knew a thing or two about masculine worldviews. Art Dore understood that everyone thinks they can box until they give it a try. He understood how most working-class men are conditioned to think about manhood. The business plan was simple but ingenious. Dore rented cheap venues in remote sections of the state, and hung up colorful flyers that dared local tough guys to slug it out in front of their friends and families for small-town bragging rights. The locals took to it quickly. After two nights of boxing, some fella would walk away with a nylon jacket that said he was the toughest guy around. Fighters with professional experience, or more than five amateur fights, were barred from competition. Dore wanted the Everyday Joes. Dore’s Toughman events quickly spread throughout his home state of Michigan and eventually expanded to Ohio and then West Virginia, where Dore hooked up with local fight promoter Jerry Thomas, the brother of Tommy Franco Thomas, one of the most celebrated and accomplished professional fighters in the history of West Virginia boxing. And the rest, as they say, is history. West Virginia boys have been at this for a long time. The Rough N’ Rowdy is nothing new, certainly not a product of any recent economic woes.

I was also troubled by the kinds of fighters Gabbatt chose to profile. My father, back in his boxing days, trained several Rough N’ Rowdy champions and they most certainly didn’t look like the guys profiled in the story. The sample, as my colleagues in empirical research would say, was not representative. Rather, I would argue the sample was rhetorical. Media coverage of Appalachian poverty has become something of cyclical process, with its own playbook so to speak. Step 1: strategically select your subjects. Step 2: portray them as hopeless, both physically and mentally inferior to readers. Step 3: juxtapose their Appalachianess to readers by offering up a few quotes and photographs that prove your point. Gabbatt’s piece follows the game plan well.

Until reading Gabbatt’s piece, it had never struck me how similar boxing coverage is to that of Appalachia. The moral of the story is always clear. The fighters are pegged as risk-takers driven by desperation. Offering such a simplistic view of the motivations of the poor, be they boxers or unemployed coal miners, is no more exploitive than buying a ticket to the show. As Appalachians, our poverty has been reduced to an easily recognizable stereotype. The camera crews only come to town when there is a mining tragedy or a healthcare crisis to report to the masses, something that will remind folks of just how good they have it elsewhere. The exploitation given to the people of Appalachia via the extractive industries is always reported but only to establish the narrative that suggest we are prone to self-destructive and fatalistic thinking. We wouldn’t be able to function anywhere else in the world, the media tell us. This is the only identity we, as Appalachians, are allowed to have. The hopelessness that defines our culture is always the answer to the riddle. There are plenty of folks who will try to sell you the idea that Appalachia Culture maintains a uniquely defeatist characteristic. They will tell you that folks in Appalachia have given up and have accepted their place in the hierarchy. I would argue this the furthest thing from the truth. Appalachians are fighters, survivors, and adaptors. We correct these notions by challenging them.

Each semester, in my WRIT 100: Introduction to Writing and Rhetoric course, I have my students read Norman Cousins’ famous boxing essay “Who Killed Benny Paret?” A reaction to the ring death of Cuban boxer Benny “The Kid” Paret at the hands of Emile Griffith at Madison Square Garden in March of 1962, Cousins’ essay tactfully assesses who has the primary responsibility for Paret’s death. Cousins plays devil’s advocate in the early stages of the essay, discussing the culpability of Paret’s manger, the trainer, the promoter, the ringside physician, the referee, and, of course, Griffith. What Cousins ultimately determines is that fans who buy tickets to watch such brutality are those who are at the very least vicariously responsible for the brutality and exploitation that drives professional boxing. Most boxers come from impoverished and underprivileged backgrounds. The folks with ringsides seats at Madison Square Garden typically do not. Norman Cousins has that much right, I will happily admit. Yet, I always come away from the essay feeling as if Cousins’ doesn’t fully understand the sport or the people he is writing about. For Cousins, boxing is a grotesque performance of masculinity that beckons something buried deep within our primal psyche, emblematic of the hidden savagery of those who pay to see it. Cousins views the exploitive nature of boxing via his own privileged and educated lens, he is on the outside looking in. His critique, one that strips fighters of their agency, is an exploitation of a different variety. It is a brand of rhetoric that we Appalachian-boxing-professors know very well. 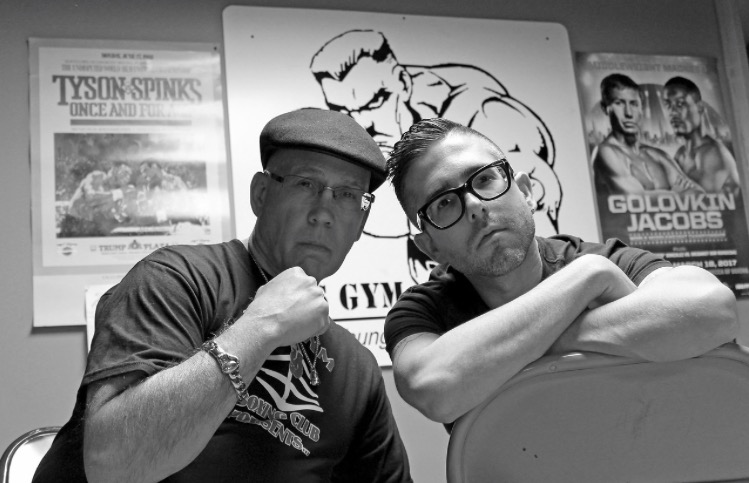